Shirley Metherell, MBE, who set up The Elizabeth Foundation with her husband David, tells the story of what led them to set up the charity:

"Elizabeth was the perfect baby. Nothing disturbed her, she was quiet and content and, right from the beginning, extremely observant. From a couple of months old, I remember her big brown eyes following me around the room and she would watch my face intently as I talked and played with her.

"However our joy was short lived. By the time Elizabeth was five months old, we began to realise that she was not responding to any sounds.

"Unlike today (with modern screening and diagnostic technology), even with our huge parental concern, 22 months passed before an official diagnosis was be made. Finally it was confirmed that Elizabeth was indeed profoundly deaf.

"In the meantime, we were sure that Elizabeth couldn’t hear. As there was no help or support forthcoming locally, we discovered The John Tracy Center in California, beginning their Correspondence Course for parents of deaf babies when Elizabeth was just nine months old, long before she was officially diagnosed.

"So many positive messages of encouragement winged their way across the Atlantic, that were to shape my thoughts and beliefs on the way that deaf babies and preschool children and their parents should be helped.

"It is amazing to remember that by following the advice and guidance through the Correspondence Course, that by the time she was two years old, our little girl already had a useful vocabulary.

"Three months after Elizabeth was finally diagnosed, we made the exciting and inspirational trip to The John Tracy Center, for their annual four week summer session, where we met with parents with deaf children from all over the world.

"It was this experience that encouraged us to begin a new and exciting organisation in the UK. An organisation that would be passionate about the importance of newborn hearing screening and one that would understand the important role of the parent as the child’s most important teachers and advocates.

"Two months later in September 1981 The Elizabeth Foundation was born, and Elizabeth was joined by Oliver, Danielle, Lucy and James in weekly sessions held in our family home. 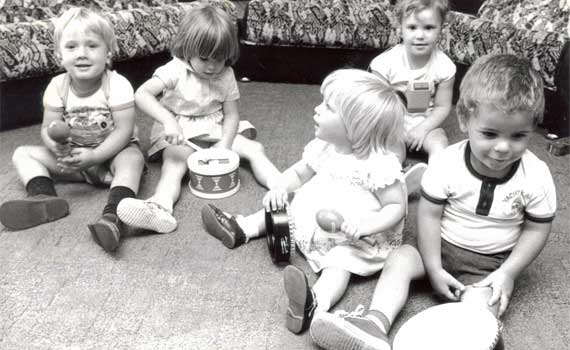 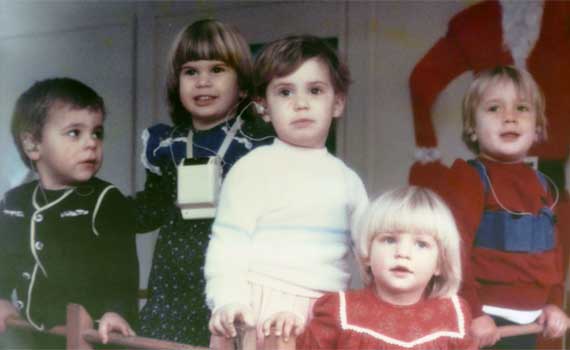