"He did not pass the initial screening test and so one month later, the day of Blake’s follow up audiology appointment arrived. Blake was diagnosed with profound bilateral sensorineural hearing loss.

"A short while after this diagnosis, Blake was fitted with hearing aids which sadly did not appear to give him access to sound. We were told Blake was a candidate for Bilateral Cochlear Implant surgery. If my child was to receive Cochlear Implants, he would require as much focused speech and language assistance as possible.

"That was when I had the realisation that The Elizabeth Foundation offered all the focused support I would want him to receive, to help him make sense of any sounds he gained access to and develop his speech and language.

"As soon as I stepped through the doors of The Elizabeth Foundation there was no question – I wanted Blake to attend the baby nursery immediately. It truly is such a warm and welcoming group of people and a wonderful place.

"When we joined the baby nursery sessions and progressed through the toddler sessions, I discovered an additional support network in the wonderful parents, all facing relatable challenges to our own. Blake’s listening, attention and speaking skills were developed in an environment which felt like play rather than the reality – where focused and consistent work was taking place.

"Until starting in the preschool classes, Blake had been a reluctant speaker. However, his speech began to emerge during preschool. As time progressed, Blake’s speech increased in clarity and – as others began to understand his spoken language – his confidence in his ability grew which lead to him choosing to stop signing.

"Blake has progressed beyond all expectations while at The Elizabeth Foundation, from a quiet child to the now anything-but-quiet, funny, confident little boy who seems fully prepared and very ready for his next big adventure ... school!"

"As soon as I stepped through the doors of The Elizabeth Foundation there was no question – I wanted Blake to attend the baby nursery immediately..." 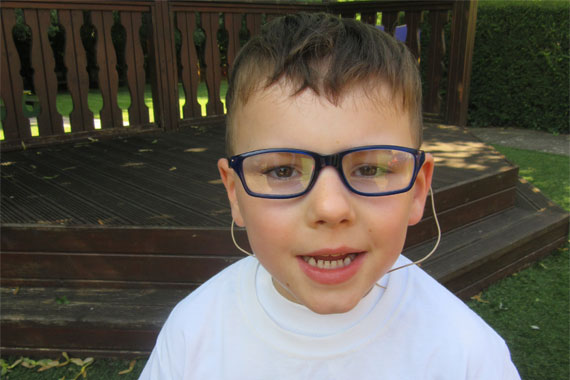