"Following Oliver’s first hearing test (which takes place as part of new-born screening at birth), we were asked to attend a follow up Audiology Appointment at The Elizabeth Foundation. At that appointment Oliver was diagnosed as having a severe and permanent hearing loss.

"Although Oliver's father has cousins with hearing loss, we already had two older hearing children and so we really hadn't given a thought to the possibility of Oliver being born with hearing loss and so we were absolutely anxious and confused by the news.

"Straight away though Julie (Chief Executive) came and spoke to us, reassuring us that Oliver’s deafness need not hold him back and that The Elizabeth Foundation would be there to support the whole family if that was what we wanted.

"From just four months old Oliver was settled into The Foundation's baby and parent group where we were able to meet other families going through the same concerns and worries as us.

"Baby group allowed us to start learning about how to develop Oliver’s pre-verbal skills, encouraging us to babble, talk and sing to our son, to play with him, praise and enjoy him, just as all parents do.

"The sessions helped us to understand too how hearing loss would impact Oliver, his siblings and our own life and the practical steps we could take to learn together. We learnt too about the different types of hearing technologies available – seeing first hand that one technology does not suit all babies and children.

"Oliver’s severe hearing loss means that without his two hearing aids he wouldn't be able to pick up any speech sounds so it was vital that we learnt how to help him use and maintain them in those very early days.

"As a parent my initial fears were around how much Oliver would be different from our older children and how his hearing loss would affect his everyday life. I worried constantly about whether he would be conscious and anxious about his hearing loss and whether his speech would develop normally.

"Oliver's hearing loss has delayed his speech by roughly 6-9 months and he used to get very frustrated when someone didn’t understand him, or was very shy around new people, seeking constant reassurance from family members when in this situation.

"Oliver's speech has come a very long way though and he is exceeding our expectations. I truly believe that without The Elizabeth Foundation this wouldn't be the case!

"He is now more confident to use his voice in unfamiliar surroundings and has a wide range of vocabulary. He has also gained a huge amount of his social skills from attending The Elizabeth Foundation, where he has made so many friends.

"Oliver loves the structure The Elizabeth Foundation has given him; they have a great routine in and out of the classroom which promotes good behaviour as well as fun, and he loves the outside play area where he can play on the slide, ride a bike, run around and play football.

"With the hearing test centre right next door to the Family Centre it also makes it so much easier to attend audiology appointments and more comforting as we don't have to sit and wait in an unfamiliar environment.

"Oliver’s older brother and sister have normal hearing and he loves to play and interact with them. He particularly loves to play golf and football with his brother.

"I can honestly say that if we didn't have The Elizabeth Foundation, Oliver would not be able to use his speech and listening skills like he does today.

"The friends he has made, as with me, are a huge support to us; sharing stories with the other parents is invaluable. Without The Elizabeth Foundation I don’t think I would have been able to support Oliver in the same way that I do now. My confidence has grown just as much as his.

"I would just love to say a huge thank you to all the staff and volunteers at The Elizabeth Foundation they are all so supportive, can answer any questions and address any fears you may have, putting you at your ease.

"Oliver really does love coming here and he loves Rachel his preschool teacher who is helping him so much, and all the staff and volunteers. I really don't know what the outcome for his speech and language would be without these amazing people!"

"I can honestly say that if we didn't have The Elizabeth Foundation, Oliver would not be able to use his speech and listening skills like he does today…" 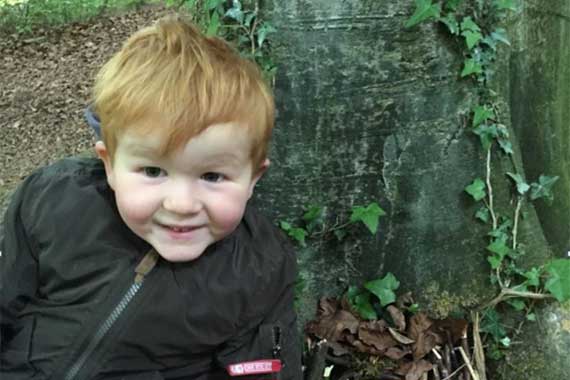